The world is starting to see what President Donald Trump had in mind when he vaguely pledged in Davos last month to reform the World Trade Organization or he’d “do something.”

U.S. withdrawal from the pact would effectively block most foreign, non-defense contractors from bidding on the tenders. Currently companies based in GPA member states — like the U.K., Japan, South Korea, Canada and the European Union — have preferential access to U.S. public procurement tenders.

Why would the U.S. do this?

Trump administration officials have long been frustrated by the GPA, which they feel is unbalanced and ties their hands in bilateral trade negotiations. It’s true that the U.S. offers GPA members access to a $837 billion procurement marketplace, which according to a recent congressional report is about twice as large as the approximately $381 billion reported by the next five largest GPA parties combined — the EU, Japan, South Korea, Norway, and Canada.

By threatening to withdraw from the GPA, the Trump administration can increase its leverage and obtain greater public procurement concessions in bilateral talks with the EU and U.K. It’s similar to the strategy applied last year by White House trade adviser Peter Navarro when he successfully renegotiated the terms of the 146-year-old Universal Postal Union. 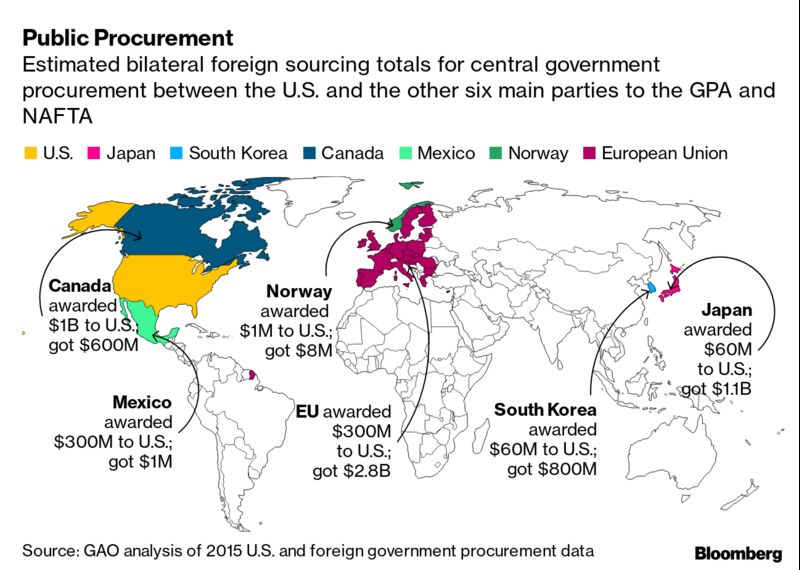 But a U.S. withdrawal from the GPA would be a double-edged sword. Scores of U.S.-based companies would lose their preferential access to the nearly $900 billion procurement marketplace offered by the GPA’s other 47 members. A decline in competition may drive up public spending in the U.S., too.

So, will the Trump administration actually do this?

Too soon to say. For now, officials in Brussels and London have a wait-and-see approach.

After all, the executive order is still just a draft and Trump administration officials have spiked plenty of outlandish ideas before they were signed.

Recall the episode in the opening chapter of Bob Woodward’s book “Fear,” in which Trump’s former National Economic Council Director Gary Cohn prevented the U.S. from withdrawing from the U.S.-Korea free trade agreement by sneaking into the Oval Office and lifting the directive off his desk. 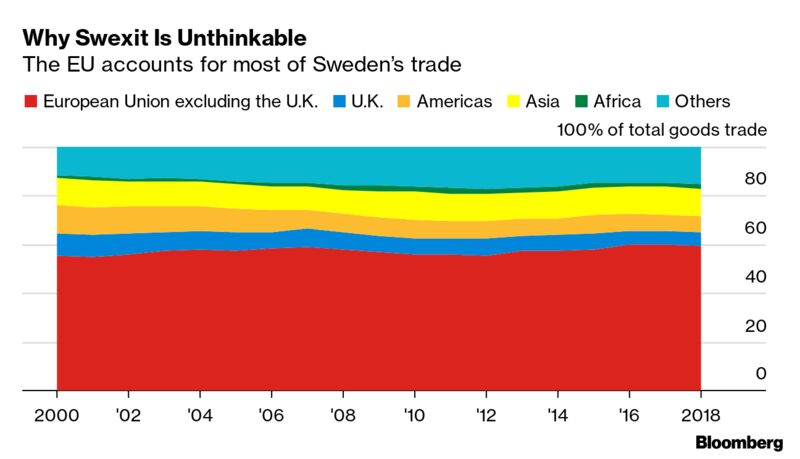 The U.K.’s departure from the European Union may prove tough for Sweden: The free-trade loving, non-federalist Nordic country has been a close ally of Britain in the EU and it will now be more isolated. Yet  Swexit is unthinkable for now — Sweden has much more to lose than the U.K. Bloomberg Economics’ gravity model of international trade suggests that Sweden’s total trade in goods are more than 20% higher than they would have had the country not joined the EU in 1995 — that’s roughly double BE’s estimate of the benefit to the U.K. as a result of its membership of the single market.